We’ve all been there before – your device, be it a tablet, laptop, or desktop, is considered obsolete by the manufacturer. You’ve taken good care of it, and it’s still fully functional, but the company has just decided they don’t want to support it anymore. Some people call it planned obsolescence, while some call it practicality. Both lines of reasoning have merit – companies have an easier time selling more products when they can discontinue the old ones, but likewise continuing to support the old ones takes potential resources away from new development and can restrict potential innovation by forcing them to lower the bar for the old devices’ sakes. Although compatibility often ends and support dries up, in a lot of cases, the hardware still has life left in it despite what the manufacturer might have to say about it. This can be more accurate in certain cases than in others, and the problem can vary in magnitude from device to device. When a computer is still viable, it can be painful to have to replace it on someone else’s order. Especially when the cost of a good computer can be so steep, why send your good computer to a landfill when there’s another alternative?

Let’s look at a few different companies and their typical practices, in order to get a firm idea of where certain devices may sit and whether or not their end of life may be premature.

Microsoft ironically gets some of the most flak for their support lifespans despite having some of the most generous policies. This can often be attributed to their high number of users and the desire by many of those users for consistency. Regardless, as far as Microsoft Windows is concerned, the average lifespan for a given version of Windows is around a decade. Windows 7, for example, released to manufacturers during the summer of 2009, and kept receiving support and updates until the beginning of 2020. That’s ten-and-a-half years, for those counting, and Windows 7 proved not to be a dead end for any devices running it. For most users, an upgrade to Windows 10 could be installed for free following its release in mid-2015, extending the effective lifespan of their device until the discontinuation of Windows 10 in late-2025. In the most extreme cases, it is conceivable that a device purchased in 2009 could have free software support for a total of sixteen years, however this brings questions of practicality along. Microsoft is not the primary producer of Windows PCs – mostly other manufacturers build the computers, and Microsoft simply provides the software. Most manufacturers offer both high and low-end computers and while a high-end computer from 2009 could conceivably go the distance to 2025, some lower-end computers just can’t keep up with the demands of newer software or versions of Windows. Likewise, if you were running a high-end computer before the release of Windows 7 or you simply chose to run an older version as a preference, you may find yourself unable to upgrade to (or perhaps unwilling to pay for) a new version of Windows. For these circumstances, we have a couple of options. As most PCs (especially from past years) tend to be easier to service, it’s common for even an older computer to be able to be brought up to the standards required for new software for relatively little money, especially when compared to the cost of a new system. Where this isn’t possible (or practical), it’s always plausible to just skip out on Microsoft entirely. Something we commonly do for systems that can’t run newer versions of Windows well is installing and setting up an operating system called Cloudready. This software effectively replaces Windows and allows you to use your PC as a Chromebook instead. Chromebooks have more limitations than Windows PC, but can give you a lot of functionality for performing the basics, like letting you browse the internet, work on and write documents, check your email, and more. Built to save older devices from the landfill, this product is both free and simple for home users.

On the other side of the equation, we have Apple and macOS. Unlike Microsoft, Apple builds their own hardware to work with software that they design themselves. This grants them a very high level of integration and consistency since they know what to expect out of their own designs. Apple also does not have a low-end segment to most of their products, and only sells mid- to high-end computers, with price tags to match. As such, Apple’s support life cycle of (on average) seven years can feel a bit constrained, as most of the time the good hardware will outlive the software. Pair this with the aforementioned high replacement costs, and it’s easy to see why Mac users may want to hold onto their investment for longer on average. Apple also tends to draw the line in what sometimes seems like an arbitrary fashion for where support will end. Some systems, for example, can be almost identical from a hardware standpoint, but separated by one model year. Even counting years where much of the hardware did not change, one model may be graced with another year or two of support over another, sometimes seemingly purely at the whim of the company’s fancy. While, like a PC, the computer doesn’t become unusable once it runs out of support, it does become increasingly insecure and incompatible with newer software. Within a couple of years, some of the latest software simply won’t work on your older version of macOS, and you’ll be left behind. There are a few potential ways around this issue. For some Macs, there is nothing but an arbitrary lock-out preventing them from running newer versions of software. For others, dedicated members of the Mac community can sometimes get older hardware to work properly. While this is not sanctioned by Apple, it’s not unusual for unsupported Macs to be able to be upgraded to newer versions than their official support indicates, with the right know-how, while maintaining full (or close to full) functionality. In cases where this isn’t possible, there are a couple of other options. At their heart, most Macs built over the last decade are very similar to PCs in their design. With the demand for certain software that is unique to Windows, Apple built a tool to allow Mac users to run Windows alongside macOS, called Bootcamp. While not necessarily ideal for a person accustomed mostly to Apple’s software, this can be a viable option for keeping your Mac out of the landfill. Especially in cases where you need a secondary computer for the family, most of the uses you may have for your Mac will still be applicable on Windows. In the case where neither option is available (or practical) there’s also the option of falling back to Cloudready. For the same reasons Windows is compatible with many Mac models, it is often plausible to turn your Mac into a Chromebook, allowing you to use it for internet browsing, document editing, and more. For Macs that are already expensive and built well, these approaches can be more commonly applicable for avoiding the creation of more electronic waste and continuing to use the product you paid for.

This brings us to Chromebooks themselves. Like PCs, the hardware is built by a number of different companies, while the software is designed by Google (instead of Microsoft, in the case of Windows). As Chrome OS was built to be efficient and easy to run, the barrier to entry is fairly low hardware-wise, and Chromebooks tend to be cheaper than most Macs or PCs. While this also makes them less pa 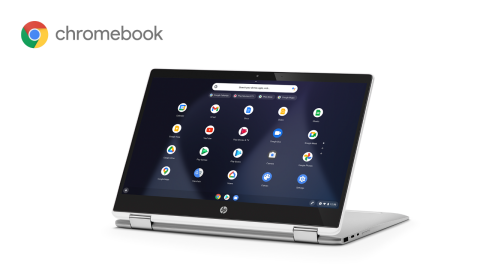 inful to replace on average, there are some high-quality (and by extension, expensive) ones out there. Likewise, a Chromebook doesn’t necessarily have to be expensive to be worth keeping. Officially, the software support for Chromebooks per Google’s guidelines is five years. However, considering most of the software is built around the web browser, the practical limit is, “whenever the last version of Google Chrome on your Chromebook stops working with the websites you visit.” Like the other options on this list though, there are ways of stretching this further. For one, most modern Chromebooks allow the installation of Android apps, being the mobile operating system nearly all non-Apple smartphones use. This gives them a huge library of software available from Google’s app store, including other web browsers such as Firefox, Microsoft Edge, and even the mobile version of Chrome. Considering how functional these browsers are, one could effectively replace the outdated version with an app from the store, which tends to remain useable for quite a while. Fittingly, the option of Cloudready is also available for certain Chromebooks, which may represent a lifeline of continued support and updates for those who want to keep using their devices.

The reality we live in has become one of sometimes pointlessly curtailed product lifespans, and perhaps even that of planned obsolescence. Regardless of the reasoning behind it or its validity, this industry creates a lot of waste where it doesn’t need to out of products that often cost a good deal to replace. At a time where computers are more expensive and in shorter supply than they have been in a long time, and many of their materials are not easily or effectively recyclable, it is important to consider more environmentally friendly and financially responsible technology solutions. Especially in this new era of remote work, schooling, and tele-health, having the ability to continue using your otherwise perfectly functional computer can be a significant boon. For those who want to save their devices from the landfill, or those who just don’t want to spend more money on new hardware, there are almost always options.  At RGB Computer Solutions, we are happy to help you explore these options and decide what is best for you. Contact Us

Time Machine Vs. iCloud The Latest Onslaught of Scams