Having a backup of your computer is always important because, sooner or later, your device will fail. This is a lesson many computer users learn too late – only after they’ve lost something do they ever realize the vulnerability of their information, or the extent of what they can lose. However, not all backup programs are created equal; some programs back up specific files and folders you point out, while others back up any files they can reach. Some require manual input on your part, while others work automatically on a schedule. Either way, it can sometimes be hard to tell if you have everything, and if the backup is even consistently up to date. If your hard drive were to fail tomorrow, you may have some or all of your files – but what about your programs, your accounts, and all of the other little details and settings you’ve changed? Do you still have that disk for that copy of Microsoft Word? What about the license for that old copy of Photoshop? Will you remember how your contacts

and email accounts in Outlook were organized? When you’ve only got one life raft, it’s very good to know that there aren’t any holes in it. Here at RGB, there’s really only one tool that we put our complete faith into: a program called Macrium Reflect.

Macrium Reflect is a backup program that doesn’t just back up your files elsewhere, it backs up everything that makes your computer yours. From the user accounts with the data in their folders, to the programs you have installed, to the operating system itself, Macrium creates what’s known as an “Image” – an exact copy of the computer’s storage. With a level of detail like this, a Macrium Reflect image can be used to restore everything on your computer to the exact way it was at the time the backup was made.

Being able to restore everything as needed prevents a lot of hassle and heartache for when things eventually go wrong, and Macrium has some built-in tools designed specifically to counteract common situations. When failures do occur, they often happen without warning. People aren’t perfect; even those who have a habit of backing up their computers manually might not do so consistently or often enough. Scheduling backups to occur automatically can be very useful for this exact reason, and Macrium notifies you whenever a backup is about to occur, while keeping logs of its activity so you can always know how up-to-date your backup is. Aside from hardware failures, dangerous viruses have picked up on the idea that a person’s data is valuable in its own right, and have been making a habit of taking people’s files and holding them hostage recently, as well. These “Cryptoviruses,” a type of Ransomware, are known to scramble your files, locking them and demanding hundreds or even thousands of dollars for the key. For these situations, Macrium Reflect has a feature called “Image Guardian,” which puts a lock of its own on your backup images, making it so they cannot be scrambled in the event you’re afflicted by one of these threats. Even internally, whenever we are making some changes that carry risk, we make an image first – so if something goes wrong, it can be perfectly and completely undone. 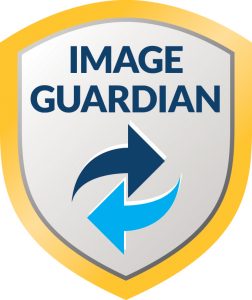 While restoring your computer to its original state in the event of a failure is helpful, what if your computer is utterly destroyed? From liquid damage to drops and electrical problems, sometimes a computer cannot be effectively salvaged or repaired. For these situations, Macrium has a few more tricks up its sleeve. For one, any image can be mounted on any other computer running even the free version of Macrium, allowing you access to the contents of that backup, including any files or folders you had at the time. If you need the data while you’re still between computers, you can get any of it out just as if you were plugged into the broken computer. For those running the Professional versions of Windows, Macrium can even get your image up and running in what is known as a “Virtual Machine.” This program functions like a simulation of your broken computer, letting you run the programs installed on it and see it as it was when it was still functional, all inside of a window like any other piece of software. Macrium’s images and redeployment features work in such a way that, with the right skills, they can even be restored to a new computer completely different in shape, size, make, or model from the original computer. This can save enormous amounts of time, allowing you to get everything to exactly how it was previously – without having to spend countless hours reinstalling all of your software and setting everything back up again in just the right configuration.

It’s important to remember that data loss is never a question of if, but when. Not letting yourself be just another cautionary tale requires preparation, and Macrium can help ensure you’re ready when the unexpected happens.

Is Your Amazon Sidewalk Device Putting Your Network in Danger? Time Machine Vs. iCloud

Is Your Amazon Sidewalk Device Putting Your Network in Danger?