Ever gotten a call from Microsoft, Apple, or Amazon about your computer being infected or a recent purchase you made? While computers have gotten (by many measures, anyway) more secure over the years, for many would-be attackers, the human is now the easiest part of the puzzle to solve. Large, elaborate scams today have been built around the premise of tricking users into divulging credit card numbers, account login info, and other sensitive pieces of information by imitating familiar companies claiming to be reaching out for security purposes. Using some particularly difficult to dismiss pop-up ads, sometimes these grifters will even try to get you to call them directly, with warnings of viruses or other such problems blaring at you from an often-legitimate looking error screen. Others will simply email potential victims directly, using stolen accounts disguised with a quick name change or an email account with an address close to a legitimate one. The tactics used and the avenue taken by these scammers is manifold, but generally, there are a few rules you should stick to.

For one, you can almost universally write-off any phone calls from most of these large companies as being illegitimate – they don’t have the time, resources, or incentives to reach out to you regarding something specific to your computer or account. Secondly, always double check the email address (rather than the name attached) or phone number on any of these messages to confirm it is who it claims to be. Oftentimes, the number or address will be completely wrong, or in more sophisticated cases, it may only have a single letter out of place. The contents of the message may also contain spelling or grammar errors, which (generally) large companies do their best to avoid in contacts with customers. Finally, where possible, contact the company / financial institution / individual directly using a method you can verify to be legitimate. Never follow any links from, or call or reply to any phone numbers or email addresses provided in, a message containing any such notices.

Over the years, cyber threats have come in many shapes and sizes. Viruses that scramble your data and hold it for ransom, worms that conscript your computer into armies and forced to illegally attack websites, and phishing emails designed to steal personal information from you are just some examples if threats today. The method of attack has changed consistently throughout the years because of a constant game of cat and mouse between cybersecurity researchers and cybercriminals – as new flaws and vulnerabilities are discovered and exploited, companies race to “patch” them over to keep it from being exploited. While computers are in many ways more secure than ever, it’s still important to stay up-to-date and have an antivirus to keep you safe from as-yet-unseen threats. Likewise, staying conscious of potential threats and never downloading files from untrustworthy sources or suspicious links in the first place is a good policy to have.

Whether it’s something you think about or not, your data is important to you. Between precious photos, music collections, and work documents, sometimes that data can be more valuable than the device carrying it. For this reason, having a backup is essential. A backup ensures that your files and data live on in the event your device is lost or broken. We always recommend taking a two-pronged approach to backup – a local one on an external drive or other device, and a cloud backup saved elsewhere.

Local backups are convenient, as most of your data can be retrieved quickly and easily in the event of a catastrophe, but they are vulnerable to large scale disasters. Having that external hard drive with a copy of your files is nice, but if your office floods during a storm or your house burns down, you might find that it has fared no better than your computer. This is where cloud backups come in. 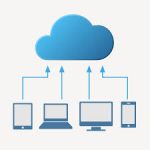 Cloud backups may be costlier and less convenient to restore, but they’re often many miles away – safe from any local disasters.

Over the years, we at RGB Computer Solutions have dealt with not only setting up and restoring backups in many varied situations, but also challenging data recovery scenarios in which users have suffered a device failure without any form of backup at all. Whether you’re trying to recover from such a disaster or prevent this from happening to you, we can help.

No, You Didn’t Buy That $500 Antivirus: The Erroneous Charges Trap

No, You Didn’t Buy That $500 Antivirus: The Erroneous Charges Trap

We’ve been seeing a lot of fraud and scammer activity lately, so we wanted to warn about some of the common tricks and traps we’ve seen. “Call Center Scammers” are unfortunately nothing new. Just about everyone, whether they’ve realized it or not, have encountered these types of swindlers in some form or another, including the erroneous charges trap.

For some years now, the most common thread we’ve seen have been tech support scams. In this type of scheme, criminals will try to trick users into handing over control of their computer by pretending to be “support staff” for Microsoft, Apple, Google, or another large-scale tech company. They will do this by either directly calling you (often spoofing a number in your area code so as to not raise suspicion) or by putting a pop-up advertisement out on the internet that will, once stumbled upon, prevent you from closing it and display threatening and official-sounding warnings about your computer, with a phone number to call to “fix” whatever issue the scammers are claiming your computer has. Once they get you on the phone, they will do their best to convince you that your computer is having some sort of issue, and that they are going to fix it for you. No matter what, the most important thing to remember with these is that most of these companies will ever contact you for any reason, let alone a computer issue, and anyone claiming to be calling from them is trying get one over on you.

Which brings us to one of the schemes we have been seeing more recently. An exception to the above rule is a company that does contact you regularly regarding bills – such as an antivirus provider, for example. One of the most common scams we’re seeing now is formatted very much the same way as the previous one, but instead of luring you in with threats of a problem needing to be fixed, they lure you in with the threat of a double-billing or a purchase you didn’t mean to make. These types of scammers will typically disguise themselves as Norton or McAfee and will send out Emails and alerts about large payments made for service that they want you to think you’ve purchased. If you contact them to dispute the charge, they will often indicate that the charge was made in error, and offer to refund you. In order to give you your money back, all they need is your banking information… and you can probably see where this is going. Other times, they won’t directly raise the red flag by asking for this information outright, instead “sending the refund” and making it look like they accidentally gave you too much money. The scammer will then plead with you to send back just the amount they overpaid in the “refund,” implying legal consequences for you, or in really low cases, pretending they’ll be fired if they cannot get the overpayment back. This is all an elaborate ruse to get you to send them money, as you’ll find no such transaction actually went through at the end. Similar scams are also known to take place pretending to be Amazon or the like, those these are often more obvious due to their commonality.

As unfortunate as it is, the best way to stay safe on the internet these days is to just assume anyone trying to contact you unsolicited is suspicious. Many cybercriminals have realized that, as secure as many computer systems have become in recent years, the easiest thing to do now is focus on tricking the person behind the screen.